THE AUTHOR AND THE VLP: Another Publishing Fable 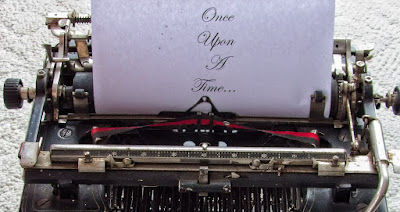 Once more upon a time a young freelance writer wrote the first five chapters of a short novel for kids. Knowing nothing of the book publishing business, the writer was now faced with the dilemma of how to get his work into print. There were three publishers in his town to choose from: the Very Small Publisher (VSP), the Medium-Sized Publisher (MSP), and the Very Large Publisher (VLP). Rationalizing that as a beginner it was probably best to start modestly, the writer sent the novel fragment to the VSP.

As the months went by the writer concerned himself with making a living as a freelancer and his attempted foray into the world of authorship faded until, almost eleven months later, a letter appeared in his mailbox requesting the rest of the manuscript for consideration. This was exciting but there was a problem—there was no ‘rest of the manuscript.’ In a panic, he phoned the publisher and asked, “When do you need to see the manuscript by?” He was told, “Before the next editorial board meeting in two months time.” He said, “Oh good. There’s still some polishing I would like to do,” and sat down and wrote the novel. As a freelancer the writer was used deadlines and frantically managed to scribble down the rest of his story in time. Two years later it was published and he realized that he had become an author.

Over the next few years, the author published several titles with the VSP and enjoyed the experience. He liked that the person he spoke to was the owner with the power to make decisions and that the VSP cared about his stories and turned them into high-quality, good-looking books. Of course there was a downside, advances and print-runs were small and there was not much in the way of a marketing budget but the VSP did the basics well and placed his books on bookstore shelves, obtained reviews and awards consideration, and even on a few occasions used the modest marketing budget to give the author financial support when he travelled to talk in schools.

As his bibliography grew the author began to wonder if the MSP, who published many more books per season than the VSP, might be able to promote his books more and increase sales and revenue. He sent them a manuscript. They liked it, agreed to publish it and even took on a backlist title that the VSP had let go. At first  the author was happy to be taking the next step in his career—everything went well and everyone at the MSP seemed very nice and keen. Then the author began to notice something: the contracts with the MSP didn’t offer as much in the way of royalties as the VSP had, his titles were hard to find in bookstores and there were occasional discrepancies in the sales figures that he could discover and those recorded in the royalty statements. The author did some research, talked with other MSP authors and discovered that the MSP didn’t really care for any individual titles. Their philosophy was simply to publish as many books as possible and not spend much on marketing and promotion. They did this for two reasons: a shotgun approach increasing the chances that a best-seller would fall into their laps with no effort, and the number of books published each year determined the level of grant funding they received from the government. Okay, thought the author, I’ll try my luck with the VLP, surely they will have the marketing budget to do my books justice.

The author approached the VLP and pitched a series of novels dealing with young people caught up in a war, the anniversary of which was fast approaching. He suggested that with good marketing—a strong electronic presence (eg. blogs tying events in the books to anniversaries of the war, tweeting, etc.), learning resource packages and extensive author tours to schools—the VLP should be able to position itself during the anniversary as the go-to place for teachers and librarians looking for accessible material for their students. The VLP was enthusiastic and a three book contract was signed.

As he worked on the novels, the author had another idea. He had come across some remarkable illustrations from the war and thought they would make a striking non-fiction book unlike anything else on the market. He rationalized that the VLP could combine the marketing clout for the novel series and the non-fiction book. He drew up a second marketing plan that built on the one for the novels (expanded websites, blogs and even more intense touring), and added some non-traditional ideas for the non-fiction illustrated diary.

The author established that there were gift shops that sold books at over 100 military-focussed museums which catered to tens of thousands of visitors each year. Surely they would be interested in carrying historically accurate fiction and non-fiction books about the very subject they existed to promote? He also determined that there was a veteran’s organization with over a thousand halls and more than quarter of a million members. Would they not jump at a bookstore discount from the VLP so that members could purchase books for their grandkids?

He presented his ideas to the VLP. “Great,” the VLP said. “We love it when our authors come up with ideas for marketing their books.”

The author was pleased that the VLP liked his ideas and suppressed the tiny wriggling worm of doubt in the back of his mind that kept suggesting that the above statement was rather akin to him saying to the VLP, “Great. I love it when my publisher writes some of the chapters for me.”

The books were published as planned and the author upgraded his website, began a blog about the war and tweeted as each title came out. The VLP said, “Well done.”

The author presented his books to thousands of kids and signed countless copies in bookstores. The VLP said, “Well done.”

The author asked teachers and librarians if they had received any information or learning materials related to his books—none had.

He visited military museums searching for his books in the gift shops—in vain.

He dropped into veteran’s halls and asked if they had been offered any of his books by either their parent organization or the VLP—they hadn’t.

The author asked the VLP how the marketing plan was going. “It’s going well,” he was told. “The website, blog and tweets are good and we love the touring and book signings that you’re doing.”

“Okay,” the author said, “but I’m doing all that. The VLP isn’t promoting the website or blog or retweeting the tweets, and didn’t our marketing plan call for placing the books in museums and with veteran’s organizations?”

“Times are hard in the publishing industry,” the VLP said. “We have a limited marketing budget and many books to promote.” (At this point, the VLP mentioned a recent runaway bestseller by a famous internationally recognized author) “It’s also very difficult to pursue non-traditional marketing outlets and our sales staff are fully occupied promoting our books through traditional channels.”

The author accepted that the publishing landscape was difficult to navigate for publishers and writers, that marketing departments generally worked hard to promote books in traditional markets, and that with so many books coming out each season, it was impossible to devote equal time, energy and resources to every title. However, he was confused that one branch of the VLP thought his marketing ideas were good and another thought them too difficult to implement. He wondered at the marketing rational that threw money at a new title from a famous author that would be a bestseller regardless of marketing. He was disappointed that the VLP had done no better job marketing and promoting his books than the VSP he had started out with.

The author considered returning to the VSP that had treated him so well many years before, only to find that it had all been swallowed by the VLP. Gradually the idea of setting up his own very personal publishing company grew. Of course, it would limit him to eBooks, but he would write whatever type of book he wanted, market it any imaginative way that came to him, and only he would be responsible for its success or failure. He would call it ESCAPE—the Exceedingly Small Creatively Advertised Publishing Enterprise—but that’s a different fable.
Posted by John Wilson at 9:12 AM

John Wilson
As a lifelong history geek, the lost expedition Sir John Franklin has always been a fascination. When I became an author, it naturally became the focus of several books. During my research, I came upon a journal kept by James Fitzjames captain of HMS Erebus and third in command of the expedition. It was in the form of a letter to Elizabeth, the wife of Fitzjames' close friend, William Coningham, and had been sent back from Greenland, the last port of call before both ships and all 129 crew disappeared. I enjoyed the journal and decided to see if I could capture Fitzjames's voice in a recreation of the rest of the journal that had been lost with the expedition. The project got out of control and became a novel in diary form, North with Franklin: The Lost Journals of James Fitzjames.