THE WRITER AND THE MARKETER: A Publishing Fable 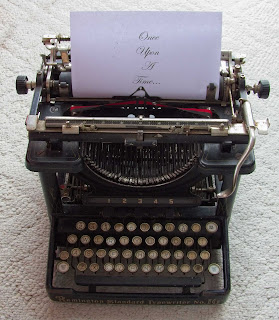 Once upon a time there was a young freelance writer who wanted to write books. He wrote a few short novels for kids, but deep down he wanted to write something big for adults. By chance one day while researching another short novel, he came upon the beginning of a journal written by a long-lost Arctic explorer. The journal was only a few thousand words long and ended abruptly when the explorer set off into the unknown and disappeared, but the writer was strangely drawn to the fragment and felt oddly akin to the man who had vanished more than a century and a half before. Unable to get the journal out of his mind, the writer decided to try and enter the explorer’s reality and recreate something of what he might have written before he died and his journal was lost.

Like many stories, the writer’s project took on a life of its own. Several times, he thought he had finished this exercise and went on to something else, but every time he tried, the dead explorer would return and say, “No, my friend. My story’s not finished. Like me, you have to go on to the end.” So the writer continued and eventually ended up with 120,000 words that he was quite proud of and, which he felt, did some measure of justice to his dead co-author. He began to wonder how he could share the explorer’s tale with a wider audience. He envisaged a book, a handwritten book with occasional pen and ink sketches bound in an aged water-stained leather cover. He made a mock-up of how he thought the first 20 pages of his vision would look, created a backstory of how the journal had been found beneath a “long forgotten, lonely cairn of stones”* and sent it off to his agent.

The agent knew that the vice-president of a major publishing house had an interest in Arctic exploration and so arrange a meeting between him and the writer. The two got on well and exchanged Arctic stories. The vice-president liked the idea of the book-as-art—that it would be of interest and value as an object over and above the story within. He agreed to read the manuscript. Two days later, the vice-president phoned the writer to say how much he had enjoyed the manuscript, how good he thought the idea was, how well it was written and that he was going to present it to the president of the publishing house. The writer was excited about this, since quick-response, enthusiastic phone calls from publishers were as rare as proofreaders had become.

A few days later, the vice-president called once more to say that the president had also loved the idea and the story as had the several people who had seen it when he had passed it around the office. The next stage was to present it to the Editorial Board at a meeting the following Wednesday. The writer waited nervously and on Thursday morning the vice-president phoned to say that the Editorial Board had also liked the project and had given suggestions on what font could be used to mimic handwriting and still be easy to read and how the sketches could be incorporated into the text. The final step was to see, the following Wednesday, what ideas the Marketing Department could come up with to maximize the sales potential of the book.

The vice-president went on to discuss possible publishing dates and mentioned an advance that was an order of magnitude greater than the writer had ever seen before. The writer took his partner out for dinner to celebrate, then he waited. The following Wednesday came and went, as did the subsequent Thursday. By Friday afternoon, the writer could stand the waiting no more and phoned the vice-president.

“I’m terribly sorry,” the vice-president said, “but the Marketing Department couldn’t see a way to place the book effectively within our list.”

“But,” the writer stammered, “you, the president, everyone in the office thought it was a good idea and well-written. The Editorial Board was on side. We’d even begun to talk money and publication dates.”

“I know,” the vice-president said, sorrowfully, “but if the Marketing Department can’t see a way to maximize the return on the project, we just can’t take it on. I’m afraid it’s a little too different. I am sorry.”

The writer hung up and took a moment to compose himself. He thought over the emotional rollercoaster of the past few weeks and wondered at the Marketing Department having the power to overrule everyone else. He pondered all the complimentary things that had been said about the manuscript by everyone from the president on down. Then it struck him, of all the words he had heard there were only two that mattered enough to override all else. They were, “too different.”

In his naivete the writer had assumed that “different” was a good thing—that if there was no equivalent book on shelves this was plus, that a book which, by its very nature, stood out from those around it would attract attention, and that a book’s intrinsic value was determined by the story idea and by how well that was told. The Marketing Department knew better. They knew that a large, impersonal bookstore would have trouble deciding what shelf to put something different on, that standing out meant having a table of similar books to place it on, and that a book’s value depended on how like it was to the previous year’s best-sellers.

Not discouraged but disillusioned, the writer eventually placed his story with a different publisher who brought it out without the handwriting-mimicking text, the sketches or the water-stained cover. It was released to good reviews and modest sales, but the Marketing Department wasn’t really behind it and it eventually slipped into eBook limbo where, a few times a month, it was discovered by scattered Arctic enthusiasts. The writer went on to a moderately successful career as an author of children’s books, and contented himself sneaking small pieces of difference into his stories where he could. He watched with sadness the continued rise of Marketing Departments and the decrease in variety on the shelves of his local bookstore.

Eventually, the writer began to collect his pension and this freed him up to work on some projects that had lingered in the back of his mind over the years. He finished a couple of them and felt that they were good ideas well expressed, but don’t expect to see them any time soon—they’re just a little bit too different.

* from Northwest Passage by Stan Rogers
Posted by John Wilson at 10:51 AM

John Wilson
As a lifelong history geek, the lost expedition Sir John Franklin has always been a fascination. When I became an author, it naturally became the focus of several books. During my research, I came upon a journal kept by James Fitzjames captain of HMS Erebus and third in command of the expedition. It was in the form of a letter to Elizabeth, the wife of Fitzjames' close friend, William Coningham, and had been sent back from Greenland, the last port of call before both ships and all 129 crew disappeared. I enjoyed the journal and decided to see if I could capture Fitzjames's voice in a recreation of the rest of the journal that had been lost with the expedition. The project got out of control and became a novel in diary form, North with Franklin: The Lost Journals of James Fitzjames.